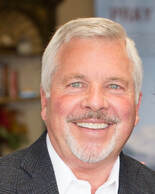 ​Michael is the founder of 10x Catalyst Groups and serves as the Chairman for the 10x CEO and 10x PRO Groups.


An ex-Army Ranger Captain, Mike has enjoyed a very successful 30+ year career in mergers, acquisitions, and business development as the founder of CrossPointe Capital, a middle market investment-banking firm. In that capacity, he’s consulted with and evaluated over 5,000 companies and has provided advisory services for approximately a half-billion dollars in business sales involving hundreds of companies. He remains active in transactional work and has been a key advisor in mergers and acquisitions projects covering a multitude of industry sectors: low tech, high tech, service, manufacturing, distribution, retail, software, and Internet based businesses. As a franchise coach and consultant he has a special expertise in helping entrepreneurs safely select, evaluate, finance and succeed as individual, regional or master franchise owners. In addition, he built a multimillion-dollar international marketing organization serving the energy and technology industry sectors prior to purchasing a franchise with a national Christian peer advisory organization in 2013.

Mike has been a participant in both secular and faith-based peer advisory groups and strategic coaching organizations for many years and has experienced first-hand the practical value of engaging in rigorous, diligent thinking with a select group of capable peer business leaders. He believes the Book of Proverbs provides clear guidance to seek wisdom as a priority and to obtain the counsel and advice of other wise leaders as we design, develop and execute successful life strategies aligned with God’s plans and purposes.

Jesus gave us clear instructions to seek first the Kingdom of Heaven, to love God and love people. Mike believes the Great Commission is as true for us today as it was when Jesus told his followers: “All authority in heaven and on earth has been given to me. Therefore go and make disciples of all nations, baptizing them in the name of the Father and of the Son and of the Holy Spirit, and teaching them to obey everything I have commanded you. And surely I am with you always, to the very end of the age.”

He sees the primary mission field for business leaders to be the marketplace. Consequently, he’s actively involved with a number of community organizations, such as City Club, EDCO, Rotary Club and the Bend Chamber of Commerce. Mike served as the 2018-19 President of the Rotary Club of Greater Bend, the largest Rotary Club in Central Oregon and one of the top clubs in the nation.

He was Rotary Club captain of the community-wide Great Drake Park Duck Race from 2011-2017, which consistently set fund raising records year over year. As a Chamber of Commerce member he led top membership teams and projects and served from 2015-2017 on the Bend Chamber Board of Directors. He served on the organizing board and spoke at the 2015 Central Oregon Economic Forecast and Business Conference.

His Christian leadership roles include serving on the leadership team and speaking at the “Hub Nation Faith-In-Business” event, serving as finance committee chair for an $11,000,000 church capital campaign, and serving as Chairman of the High Desert Men’s Summit, which drew 2,500 attendees, and featured such noted speakers as Governor Mike Huckabee, Ryan Dobson and Ken Hutcherson. He’s Chairman of Frontline Foundation, a 501c3 nonprofit organized to fund local ministries and he produces Christian leadership events in Central Oregon, such as the annual Central Oregon Community Leaders Prayer Breakfast, the Community Prayer BBQ and the annual Community Leaders Christmas Social.

Mike is a long-time member of Westside Church in Bend, OR. He and his wife Cathie also attend Eagle Mountain Church, where Cathie serves on the Prayer Ministry Team. Mike and Cathie are both Ministry Training Institute Graduates (MTI) through Westside Church. They attend special events at Bethel Church (Redding, CA), such as “Heaven in Business,” and attended the invitation-only National Prayer Breakfast in Washington DC in 2018.

Mike and Cathie have both experienced the tragic passing of spouses and share a blended family of 6 adult children and three grandchildren.